Aluminum strip is the aluminium ingot obtained by pressing and rolling. It can be divided into different grades, specifications and states according to its use. Aluminum strip/aluminum circle is widely used in electronics, daily chemical, medicine, culture and education, automobile parts, printing and other industries. Such as kitchen utensils such as non-stick pans, pressure cookers and other hardware supplies such as lampshades, water heater shell, stretching tank, etc. Aluminum is now the second most widely used metal in the world, next only to steel. The reason for its widespread application lies in the fact that aluminium has properties that other metals do not have. 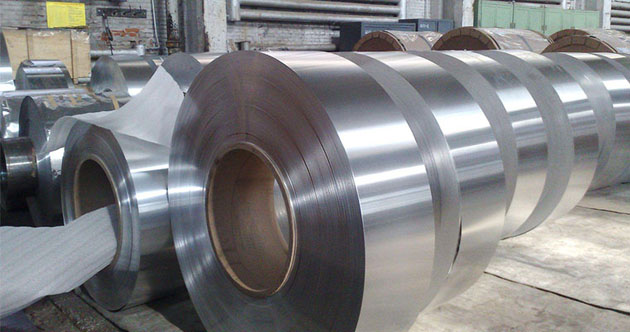 We all know that the quality of aluminium is very light and its corrosion resistance is much stronger than that of other metals, which are also the most remarkable characteristics of aluminium strip. It is precisely because of its low density and light weight that it is widely used in aviation, automobile, ship and other transportation manufacturing industries. Aluminum wafers, aluminium metals and aluminium alloys are also used in spacecraft, satellite and other industries.

Because of its light weight and not so easy to be corroded, these are the two characteristics of adhesive aluminum strip, and aerospace, automobiles, ships, all need the lighter the better the material, but also need corrosion resistance, just in line with these two points, so the role of aluminum in these areas is very large.

In addition, aluminium oxide film not only has the ability of corrosion resistance, but also has a certain degree of insulation, so aluminum strip coil metal has a very common use in electrical manufacturing industry, wire and cable industry and radio industry.